What do you understand with the term “Spoofing”? It refers to an act of fooling that is presenting a false claim in credible way. For example, in phishing campaigns, scammers masquerading as a trustworthy contact or brand or pretending to be someone that you easily trust for various illicit purposes.

IP Spoofing is kind of spoofing relevant to networking. It works under the same theme; a nefarious user transmits a package with an IP address, indicating that the package is originating from another trustworthy system.

Many of you now start questioning how to protect against IP spoofing. In this article, we are going to discuss about the same. But, before we go, let us know a little more about the IP spoofing with its types. You might astonish by knowing that it has a legit uses as well. Keep reading the article and you will know everything.

Very first step in spoofing is to determine the IP address of a host the intended target trusts. After that the attacker changes the header of the package so that it looks like transmission is done with trusted system. Here are the four different types of attacks launched through IP Spoofing:

Blind Spoofing: in this IP Spoofing attack, the attackers transmit multiple packets to the intended target outside the perimeter of the local network in order to receive a series of sequence numbers which are later on used to assemble the packet in what the manner they intend to, for example, packet to be read first and then Packet 2 and 3 and so on.

The crooks here coax the system into responding to their own request so that they can analyze the sequence numbers. By knowing that sequence, they can easily identify their identity by injecting the data into the stream of packages without the need of the connection established at first.

Non-blinding Spoofing – In this type of attack, the attackers reside on the same subnet as their intended target so that they can sniff the wire for existing transmission and know the entire sequence cycle between their target and other hosts.

Once they know the sequence, it becomes easy for them to hijack the sessions that have already been built by disguising themselves as another system, and bypassing any sort of authentication previously conducted on that connection.

Denial-of-service attack – This type of attack is used in a large-scale attack on a system or a group of system. To avoid being detected, what they do is disguise the source of the attack and make it difficult to shut it off. Multiple hosts are sending constant streams of packets to the DoS target and all the transmissions are spoofed that makes it very difficult to track down source of the storm.

Man-in-the-middle attack – In a man-in-the-middle attack, a malicious system intercepts the packets sent between two hosts participating in normal transmissions between each other, alters their packets and sends them to an intended destination. The originating and the receiving systems are not aware that their communications have been tempered. Usually, this type of attack is used to reveal secure information.

IP Spoofing is used in legit purposes as well

Spoofing has some legitimate applications too. It is because of Spoofing that the Satellite Internet access is possible. Actually, the packets going to the orbit and coming back have long latency and there are a lot of protocols in common.

What the Satellite providers do is spoof these protocols including the IP so that the end of the package flow receives acknowledgement packets without much delay. Also, special software from designed by these providers to deal with latency problem with various VPN applications.

How do you protect against IP spoofing?

The bad kind of spoofing can be controlled. Below, we have provided the fix things on how do you protect your IP from IP Spoofing and its related attackers from affecting your network:

That’s all! We are now at the end of the article. Here, we have initiated with defining the term what is IP Spoofing and then discuss how scammers target users with different types of IP spoofing. We also discuss its legit uses. At the end, we provided a list of things how to protect against IP Spoofing. Comment down below and share your experience about the post. 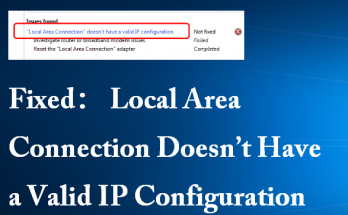 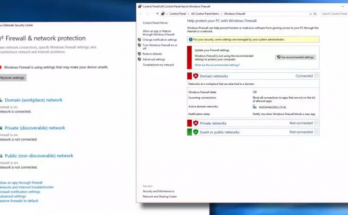